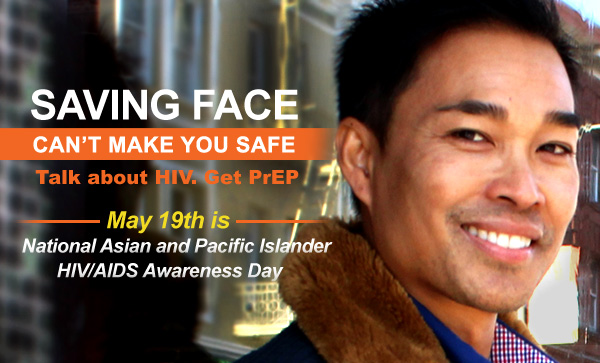 In 2005, API Wellness spearheaded the first National Asian Pacific Islander (A&PI) HIV/AIDS Awareness Day. It’s hard to believe how far we’ve come as a community fighting against HIV and for the rights of the LGBTQ community and people of color since then. We’ve made gains I never thought we’d witness, such as the right to marry who you love and new, exciting HIV prevention tools like Pre-Exposure Prophylaxis (PrEP). Our accomplishments were laudable.

Today is a different day, however, and we are faced with a hostile and aggressive political climate that looks to unravel all that we have worked so hard for. Communities of color continue to bear the brunt of the HIV epidemic and are less likely to use innovative HIV prevention tools like PrEP. The same holds true for A&PI communities. The environment we find ourselves in is cause for grave concern.

Recent data shows that from 2010-2014, A&PIs were one of two ethnic groups that showed statistically significant rates of increase (5.5%) in HIV infection. Rates of HIV infection declined for all other groups during the same period.

Men account for 86.13% of HIV infections among all A&PIs. Men who have sex with men (MSM) are the largest at-risk group among A&PI men. From 2005 to 2014, HIV diagnoses among Asian gay and bisexual men in the United States increased 101% , and 27% among Native Hawaiian and Other Pacific Islander (NHOPI) gay and bisexual men. 89% of Asian cases and 90.79% of NHOPI cases were among MSM.

Complementing these figures is the fact that A&PIs have the lowest HIV testing rates for all races and ethnicities: 66.5% of Asian Americans and 43.1% of NHOPIs have never been tested for HIV. Asian transgender individuals, another high-risk group, have the lowest rates (49%) of testing out of all racial and ethnic groups.

These statistics are startling when you consider that drugs like PrEP are readily available and proven effective. PrEP can reduce one’s risk of infection by 90% when used daily. There is no reason why more individuals should not be using it. Period.

As advocates in this community we know that stigma remains one of the biggest barriers preventing A&PIs from getting tested. Many A&PIs feel significant shame and discomfort around the topics of sex and HIV/AIDS and therefore do not speak of it.

It was our awareness of this stigma that led API Wellness to launch The Banyan Tree Project, a national campaign that reduces the levels of shame A&PIs have around HIV/AIDS. We believe the project slogan, Saving Face Can’t Make You Safe, is as relevant today as it was a decade ago and bears repeating.

This year we are encouraging A&PI transgender individuals and young men having sex with men (two high-risk groups that historically have low PrEP adoption rates) to talk about HIV/AIDs, to get tested, and to speak with a provider to see if PrEP is an appropriate treatment option.

It is inexcusable for A&PI infection rates to increase in light of advances that have been made in the field, for us to have devastatingly low testing rates, for us to not be getting treatment. We’ve come too far. Let’s not slip back into the dark days of this epidemic. Let’s talk about it – for you, for me, for everyone. #savingfacecantmakeyousafe.